Aaron S. Ludwig is the founder and Managing Director of The Counterracketeering Group. As a renowned counterracketeering expert, former chief racketeering and asset forfeiture prosecutor, and trial court judge (pro tem), he provides strategic and tactical advice on disrupting and dismantling criminal organizations through counterrracketeering and asset forfeiture. Mr. Ludwig and his team are a force multiplier with unrivaled talent at identifying and guiding racketeering investigations; pursuing guilty property; depriving racketeers of the profit that keeps them in business; alleviating the negative impact that racketeering has on legitimate commerce; deterring crime; and, compensating victims.

Mr. Ludwig headed the racketeering and asset forfeiture section of the Arizona Attorney General’s Office. The section is a nationally recognized counterracketeering pioneer, and in combination with his previous, C-­level executive and entrepreneurial experience, he is highly successful at solving law enforcement problems with innovative business solutions.

Also, as the chief of the racketeering and asset forfeiture section of the Attorney General’s Office, Mr. Ludwig co­-managed a $40 million RICO funds budget; served on the board of a multi­law enforcement agency group that decides whether to fund with RICO funds very large money laundering investigations; supervised a large staff of prosecutors, investigators, property managers, intelligence analysts, etc.; developed and implemented monthly, statewide counterracketeering and asset forfeiture training for law enforcement officers; drastically increased the speed of RICO funds distribution to law enforcement agencies and victims; increased the section’s racketeering and asset forfeiture caseload by 300%, then increased the capacity of the section to handle this volume by customizing a database and designing and implementing forms, policies and procedures; formed and led an intra-­office working group to streamline the accounting, reporting and forecasting of RICO funds; advised district/county attorneys and law enforcement agency command staff on the expenditure of RICO funds; and, appeared on behalf of the Attorney General’s Office at major case press conferences.

Prior to joining the Attorney General’s Office, Mr. Ludwig was appointed as a trial court judge (pro tem) for nine years, served as a prosecutor in other offices, and founded and operated his own law firm for eight years, all after he rose to a C-­level executive at a financial services firm. In this financial services industry role responsible for sales, finance, business development, compliance and eventually chief legal officer, Mr. Ludwig honed his business acumen and developed a broad set of skills that includes budgeting, financial analysis and lobbying. He is an accomplished negotiator of mergers, acquisitions, real estate deals, and finance transactions (debt, private equity, venture capital) and he is an effective leader and high quality team builder with executive­-level communication skills, exceptional problem­-solving ability, and proven talent for developing business and maximizing profit.

Business savvy and entrepreneurship runs in Mr. Ludwig’s family. Both sets of his grandparents were successful business owners. While in middle school, Mr. Ludwig started his first business in partnership with his brothers. Later as a teen, he turned his comic book­-collecting hobby into a retail operation with industry-­leading storage and preservation technology and completely computerized inventory ahead of its time in 1985.

As an undergraduate student at the University of Arizona, Mr. Ludwig’s study of philosophy with an emphasis on justice, government, and the good of society triggered a thirst for the knowledge of law or, as Mr. Ludwig prefers to say, “The rules governing justice and society.” He attended Whittier Law School in Costa Mesa, California and, upon graduation, he joined his love of business and law as Vice President, General Counsel, and Chief Legal Officer of the financial services firm for which he previously served as Business Development and Finance Manager. Also, he founded Ludwig Law Offices, a law firm specializing in management and risk consulting, transactions and litigation. 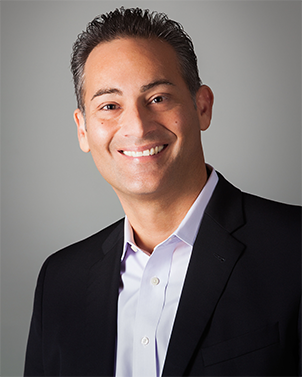